Jack Freedman has accomplished a great deal in his 17 years. He is a published author and has presented at health care conferences. He has mastered the use of technology that allows him to communicate with his friends and family. And, he has defied the odds set by his physicians when he was born with spinal muscular atrophy (SMA), an often fatal disease that destroys the nerves controlling voluntary muscle movement.

Of the more than 6,000 days of his life, more than 4,000 have been spent receiving care and support from a BAYADA Nurse at home and school. “Everybody who cares for families like ours needs to remember that we’re scared,” said Albert Freedman, PhD, psychologist, and Jack’s father. “We’re scared every day. And we need help. Every time someone from BAYADA helps us, they are making us feel supported, and less scared, and more hopeful that we can take care of Jack responsibly and that we can give him a life that’s meaningful.”

Jack’s life has certainly inspired a sense of meaning and purpose. Most babies born with SMA have a life expectancy of less than two years. As Jack continues to defy the odds, Dr. Freedman continues the quest he shares with his son to raise awareness of SMA and to bring to other families what he came to realize his family needed most—a sense of hope.“Every day with Jack is a gift,” said Dr. Freedman. “And every day is an opportunity to celebrate that Jack’s story can inspire hope for other families like mine who are facing uncertainty with their children.” The two have both presented at national conferences—Dr. Freedman as a parent of a child with SMA and Jack as a patient living with SMA.

Because SMA destroys nerve cells, it affects crawling, walking, head and neck control, and even swallowing, but does not affect sensation and intellectual activity. It commonly is observed that individuals with SMA are unusually bright and sociable. With the help of an assistive device, Jack recently wrote a story to help educate those who are unfamiliar with SMA. The story, published in the June issue of CARING magazine, expresses his challenges and the care he receives that keeps him safe.

“I have weak muscles because of spinal muscular atrophy, so I need nurses to take care of me because I can’t move myself,” said Jack. “I have a power wheelchair; a feeding tube for formula, water, and other medications; a BiPAP machine to help me breathe better; a cough-a-lator to help me cough; and a suction machine to get secretions out. My mom and dad drive me places in a big van with a wheelchair lift.”

According to the Families of Spinal Muscular Atrophy (FSMA), the organization that funds and directs the leading SMA research programs:

Learn more about SMA and how you can help in your community by visiting Families of Spinal Muscular Atrophy. 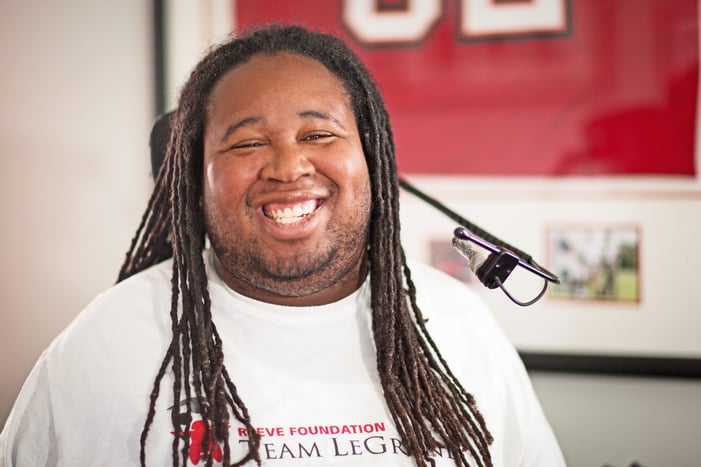 It's Duchenne Muscular Dystrophy Awareness Day: BAYADA Client Adam is Thriving and Inspiring Others
by Maureen Kolodziej posted on February 12, 2018 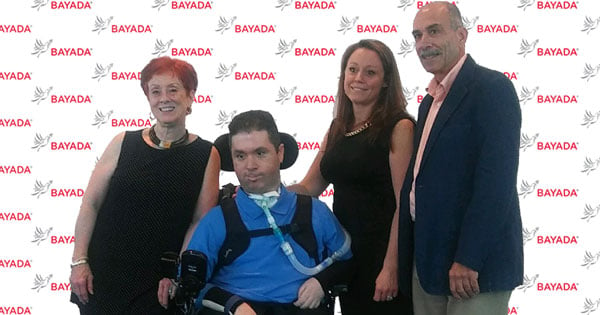 Adam (center) with his mom on the left, and his BAYADA Nurse and his dad on the right.

At 40 years old, BAYADA client Adam B. realizes that he has been given a great gift—the wisdom he can share with others about a disease he’s lived with for more than three decades. 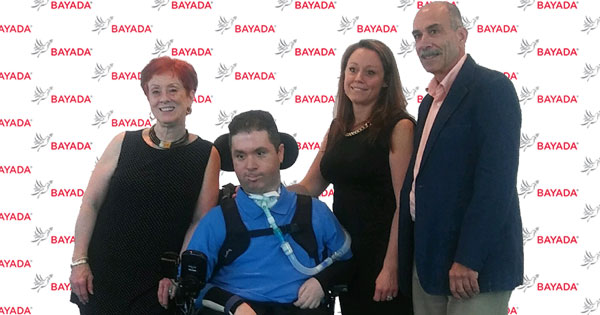 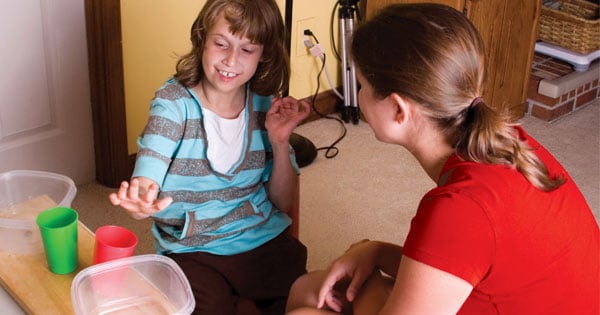 During the month of April, our nation shines a national spotlight on autism. Thousands of landmarks, buildings, homes, and communities light it up blue in recognition of people living with autism, and to promote education, awareness, and research into new treatment. 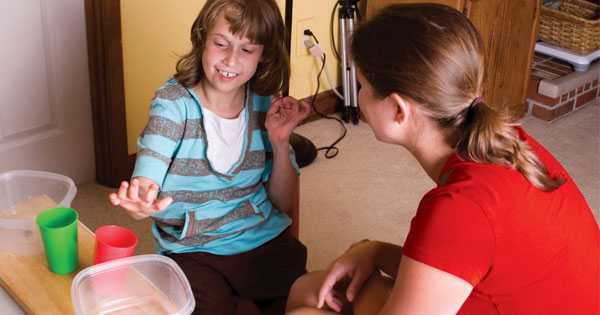