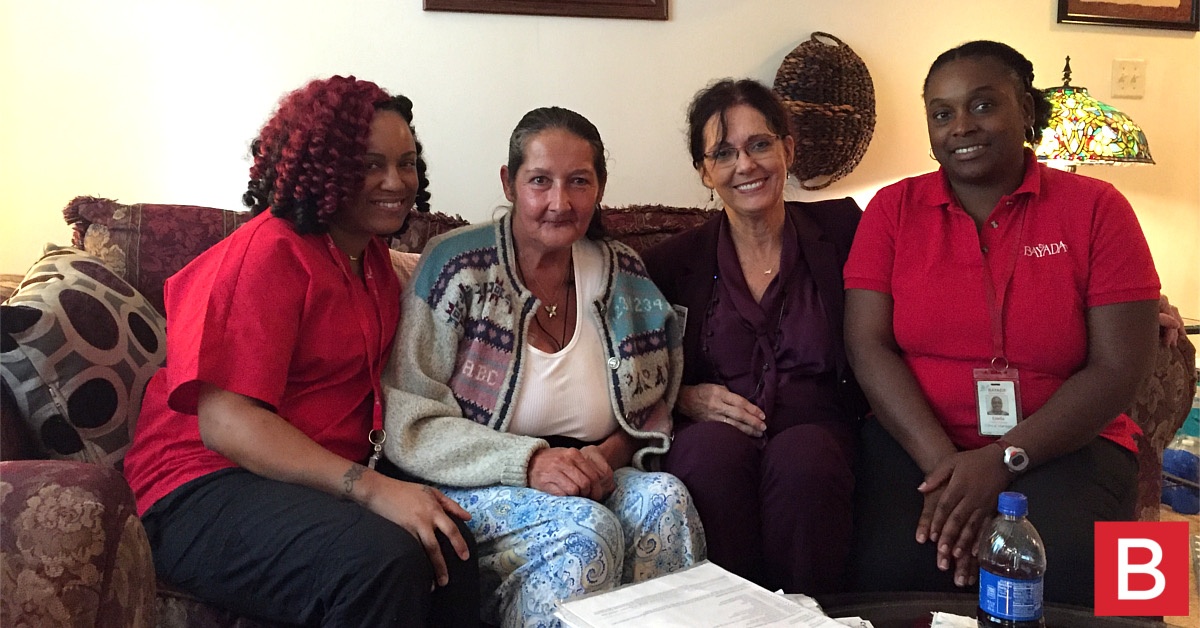 “I’m 56, but I feel like I’m 86!” said O’Neal, a former medical clerk who has multiple diseases and diagnoses, including limited mobility and contractures on her right side caused by a stroke in 2012. She needs help with everyday activities like bathing and dressing and nearly constant reminders to take her eight medications at different times of the day. O’Neal qualifies for Medicaid-funded skilled nursing facility care, which costs the state an average of $59,768 per year per recipient. However, she wanted to stay at home. Thanks to CAP-DA, which costs the state an average of $17,364 per year, O’Neal has received care at home for the last 10 years from certified nursing assistants (CNAs) who visit her for five hours every day.

Teressa Jones, a CNA with BAYADA Home Health Care, has cared for O’Neal since 2015. “Teressa is my angel,” said O’Neil. “I miss work and I want to get back to helping others, but for now, Teressa is there to help me.”

“It’s clear that wonderful CNAs like Teressa are so important to keeping our health care system working for North Carolinians like Ms. O’Neal,” said Ball. “However, if there isn’t a workforce, folks will end up in a more expensive setting.”

According to BAYADA Government Affairs Director Lee Dobson, it’s difficult for home care providers to compete with hospitals and nursing homes for CNAs, as well as with retail and fast food companies, due to a low Medicaid CAP-DA reimbursement rate, which is $13.88 per hour. “While it takes a special kind of person to make that one-to-one connection in care delivery,” said Dobson, “it’s a tough job, and we can’t pay what people are worth, making it difficult to recruit and retain staff.”

For those CNAs who do stay in home care, it’s rarely about the money. “Ms. O’s attitude and her desire to get better makes it worthwhile,” said Jones. “Despite being in constant pain, she has a positive outlook.”

Ball shared that, if elected, she would do everything in her power to ensure that programs like CAP-DA are properly funded, “keeping the Ms. O’Neals at home with CNAs like Teressa."